Time alters many things. Knowledge and taste in poetry change in the same way. I used to love reading poems by William Yeats. Certainly, it is known that there are several W.Yeats. I liked his second period, his poetry from 1914 to 1932. I had even translated the poet's poem "The Wild Swans At Coole" into Kazakh. However, nowadays I do not like him as much as used to. It seems this day that those poems, which I appreciated and accepted, are not in their original form, but in the form of a concept. For instance, “Turning and turning in the widening gyre / The falcon cannot hear the falconer; / Things fall apart; the center cannot hold; »,« A terrible beauty is born. » the phrases are firmly entrenched in my aesthetic taste. But there is another side to this. W.Yeats was a person who had a great influence on the aesthetics of modernist poetry after him. He had influenced not with his traditional poems but had influenced the poems he wrote in a new concept by developing himself. Among them are "The Second Coming", "The Tower", "The Winding Stair". These are the works that provided W. Yeats’ poetry with a modernist consciousness. They have a powerful modernist aesthetic element. The influence of W.Yeats on the poets who came after him is also noticeable in this direction. Naturally, his first traditional poems are perceived differently.

Today, I seem to have moved away from the concept of "center" in poetry. From this, we can mention how far away from the period of poetry in the era of W.Yeats. On the contrary, in the process of continuous disassembly and formation, I seem to be looking for something to grant myself between blank and open circuit. This state of silence seems to reflect on the essence of my poetry today. Obviously, I do not write “preaching" poetry now. I seem to be drawn to the hidden nature of the world that touches my intuition. I seem to be attracted by the secrecy of the world, which touches my intuition. In this context, it seems that the soul is chased and seduced by obscure things. This may be the deep reason why my poetry was born.

Over time, my comprehension of the poem, my aesthetics began to converge in one direction. Its purpose is to create an epic atmosphere in the context of lyric poetry. It means to illustrate the whole ocean by one drop of water. Is it possible? Previously, "impossible!" we would say. However, the development of poetry from W.Yeats to Paul Celan provides a positive assessment for this search. I have seen that peculiarities in the nature of P. Celan's poem “Stretto.

When I wrote the poem "Wind on the Cliff", I had the same feeling and aspiration. So far, in the poem "Qorkut", I have integrated the inscription of this poem - the concept of understanding the world from four stages from ancient times to the present into the elements of lyric poetry. Both works are small in size, no more than a hundred verses; both of them are not as big as traditional epics; however, it suits my taste. I would call it a "new epic".

Recently I wrote a poem called “Cut Apple Tree". Two days after finishing the poem, I had suddenly thought of Y.Brodsky. It seemed that Y.Brodsky had something to do with this poem. The poem was about an apple tree planted in the spring. The apple tree could not sprout. However, when the "I" character pours a bucket of water on other green trees, he thinks about the tree that did not sprout and pours water on it. I wondered how did I think of Brodsky after I had finished writing this poem? When I read the works of Y. Brodsky, I had an idea in mind. Brodsky describes a man in a concentration camp who was forced to chop wood. I consider that concept has overlapped in my consciousness.

This is the superiority of poetry. The soul is wiped from dust, it is washed and cleaned as much as possible. It captures and preserves values, transmits them from century to century, from generation to generation. It is a value of conscience, purity, patience, benevolence, and ethics in general. It is the sublimation of moral sense. 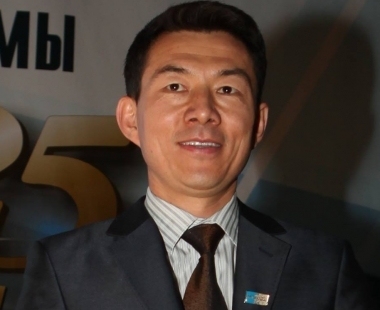